The blessings and peace of Allah on him, and on his Family, and his Companions.

Guidance is through Allah سبحانه و تعالى, the Prophet ﷺ and His Message, the Quran. This guidance is based on the truth, because Allah is The Truth, Ultimate Reality ( حقّ ). This guidance will lead man - if followed sincerely - to improve his situation in the world and in the next.

The central focus of this guidance is always to purify and reform the souls of man and to straighten the affairs of the community as a precondition for peace and harmony in our societies and as a preparation for the overwhelming events in the Hereafter.

Man Is in Need of Guidance

{Allah guides whomsoever He will to a straight path.}
2-213

Prophet Muhammad ﷺ was not only the best man ever born in the world but also the greatest benefactor to humanity. He aroused among men the humanely qualities that were rare then and today. He taught that all men and women are the sons and daughters of Adam and Eve. All are equal, no difference among them on the basis of race or colour.

He - may Allah bless him and grant him peace - granted women honour in society. Before his mission women were taken as a commodity (also today in many places), they were not respected. The Prophet showed women respect. He said, "The best man amongst you is one who is best for his wife".

He - may Allah bless him and grant him peace - spread the message of love, compassion and equality to all people on the face of earth.
Before his arrival the concept of equality among different tribes, races and nations was an alien concept. If seen in this context, Muhammad is not the benefactor of Muslims alone, but that of all the people of the world and for all times to come.

Muhammad - may Allah bless him and grant him peace - the Guide of Mankind, Dr. M. E. Asad Subhani

Relationship to the Prophet Muhammad ﷺ

The blessings and peace of Allah upon him.

The universality of the quranic message is based on this concept of mercy and compassion.

1. Sending Prophet Muhammad ﷺ Is an Act of Mercy

First of all, the sending itself of the Prophet Muhammad ﷺ was a merciful act by God, because he is the last one (as the seal of prophets) to have received and spread the Divine message.

2. He Is a Cause for Happiness in Both Abodes

The Prophet ﷺ is a mercy, because he is a cause for happiness in both the life of this world and the Hereafter - and the prohibitions and commandments of the Law are all for the purpose of obtaining mercy.

3. A Mercy for All People, All Worlds

The Prophet ﷺ is a mercy not only for the believers, but for all people, even for the disbelievers in that the punishment for their disbelief (kufr) will not be implemented on them immediately:
Indeed Allah warded off from the disbelievers (by virtue of the Prophet ﷺ) the hastening of the punishment that came upon the nations who disbelieved in their Messengers before him, so they may be afforded more time in this life to repent from their sins and turn to Allah سبحانه و تعالى .

4. For Intercession on the Day of Judgement

Mercy also refers to the privilege of intercession on the day of Judgement given to the Prophet Muhammad ﷺ.

{It was by Allah’s mercy that you O Muhammad were lenient with them} that is that you showed indulgence toward them* when they disobeyed you [in the battle of Uhud]. 3-159

*This was a group of Muslims, who - through their irresponsible behaviour - endangered the whole Muslim community in the battle of Uhud. In spite of their grave failure, Prophet Muhammad ﷺ still had patience with them, neither punished them, nor even scolded them, but forgave them. This is an aspect of his kind of character.

There is absolutely no way to hide the fact that the Prophet - on him the blessings and peace of Allah - is the most worthy of all people, the greatest of them regarding his position and the most perfect of them in good character and virtue. Know this and may Allah enlighten our hearts and increase our love for this noble Prophet!

If we had to examine all those perfect qualities which cannot be acquired and which are part of one's constitution, it will be understood that the Prophet ﷺ has each of those qualities.

The Prophet ﷺ explained: "I was sent to perfect the good character." 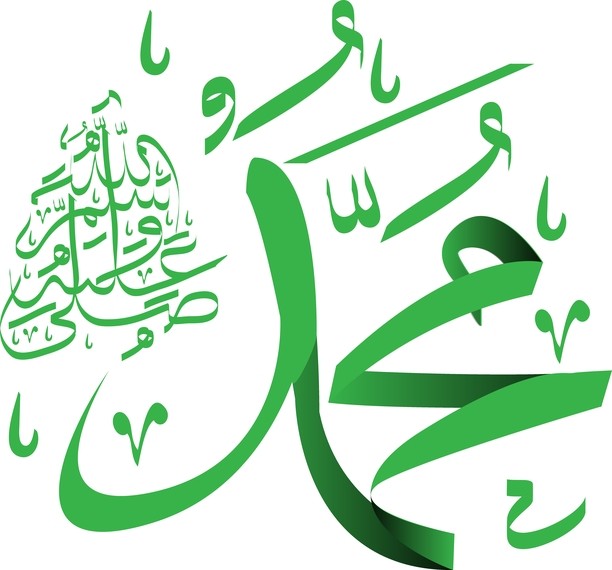 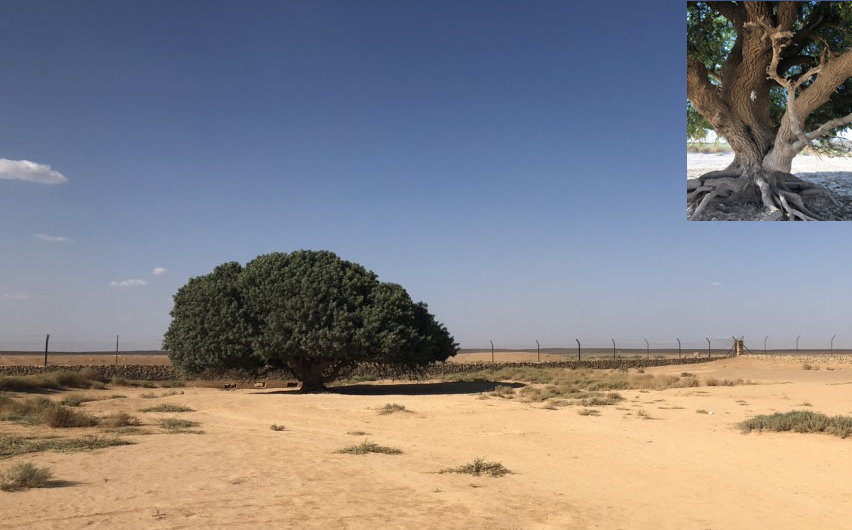 This is an ancient, lonely tree (wilmân), perhaps 2000 years old if not older. It is said that Prophet Muhammad, the Messenger of Allah - the blessings and peace of Allah on the Prophet - , took a nap in its shade some 14 centuries ago.
@Safaitic

Reward of Loving the Prophet ﷺ

Anas (r) said that a man came to the Prophet ﷺ and asked, ”When will the last hour come, Messenger of Allah?” He said, ”What have you prepared for it?” He said, ”I have not prepared a lot of prayer and fasting or charity for it, but I love Allah and his Messenger.” The Prophet - may Allah bless him and grant him peace - said, ”You will be with the one you love.”

The Prophet - may Allah bless him and grant him peace - also said, ”Whoever loves me will be with me in the Garden.”
Qadi 'Iyad, Ash-Shifa, p.244

It Is Necessary to Love the Prophet ﷺ

{Say: If your fathers, and your sons, and your brethren, and your wives, and your tribe, and the wealth ye have acquired, and merchandise for which ye fear that there will no sale, and dwellings ye desire are dearer to you than Allah and His messenger and striving in His way: then wait till Allah bringeth His command to pass. Allah guideth not wrongdoing folk.}
9-24

Abu Razia Ukaili once asked the Prophet - may Allah bless him and grant him peace: ”O Messenger of Allah, what is faith? He said: ”The meaning of faith is your love for God and His Messenger more than your love for anything (else).”

Allah’s blessings and peace on him.

Love of the Prophet ﷺ

The Light of the Prophet ﷺ

The Prophet and Prophetic Tradition

From the Life of Prophet Mohammed

80 Hadiths on the Prophet's Knowledge of the Unseen

The Prophet in Barzakh ﷺ

The Prophet - A Mercy to the Worlds

Date And Time of Birth of the Prophet

The Farewell Speech of the Prophet

The Probativeness of the Sunna

The Prophetic Title: "Best of Creation"

Regarding the Asma An-Nabi ﷺ

How Sh Al-Hashimi Implemented The Imitation Of The Prophet ﷺ

The Prophet: The Best To Honour Women

The Prophet's Mission to Taif ﷺ

Shorturl of this page: http://bit.ly/_pmoh