It is the study of Allah (may His Majesty be exalted) سبحانه و تعالى in relation to His ongoing Self-manifestation or - in other words - understanding the relationship between Allah’s unity and the world’s multiplicity - all through the vehicle of the islamic revelation.

It is not a branch of philosophy or a mental exercise, but a super-rational knowledge, intuitive and immediate.

Tawhid or the assertion of the unique Unity of existence (and of non-existence) demands that all entities, forms and relationships are governed by a single, supreme Reality, the One, Supreme Principle, which is simultaneously utterly transcendant and also immanent.

Metaphysics - Why Is It Necessary Today?

Metaphysics is also important because 'simple' faith is becoming increasingly rare. In bygone days when people lived within relatively closed cultural and religious - communities, without much interaction with the ’outside world’(although there were exceptions), one was a believer, a follower of a tradition, or a libertine, a scoundrel, or maybe a secret atheist, but one was not confused and uncertain about what to believe and how to behave, at least not to the degree that so many are today. …

If more than one religion is true, then no religion can be absolute - but the essential rationale for any religion is just this: that it gives access to Absolute Truth.

So here would emerge a problem, and this is why metaphysical knowledge is necessary for people who would be in need of it. When religious relativism, ignorance and atheism have destroyed faith, nothing but metaphysical understanding can restore it, if Allah wills so.
The System Of Antichrist; Charles Upton, p.77

3. The Flattening of Values

However, in a world where metaphysical knowledge is suppressed, everything is placed on the same value-level; the most wholesome and the most destructive beliefs or cultural manifestations are supposed to have an equal right to exist, simply because they are there.

This is the position of postmodernism and the only thing the postmodernists seem to fear is the tyranny of uniformity where one dominant culture takes over everything and suppresses all minority cultures and beliefs.

This, of course, is exactly what is happening in the world today, as postmodernism is part of the problem (the fitna) and it is profoundly destructive. SAC74

Metaphysics - Why Is It Necessary Today? 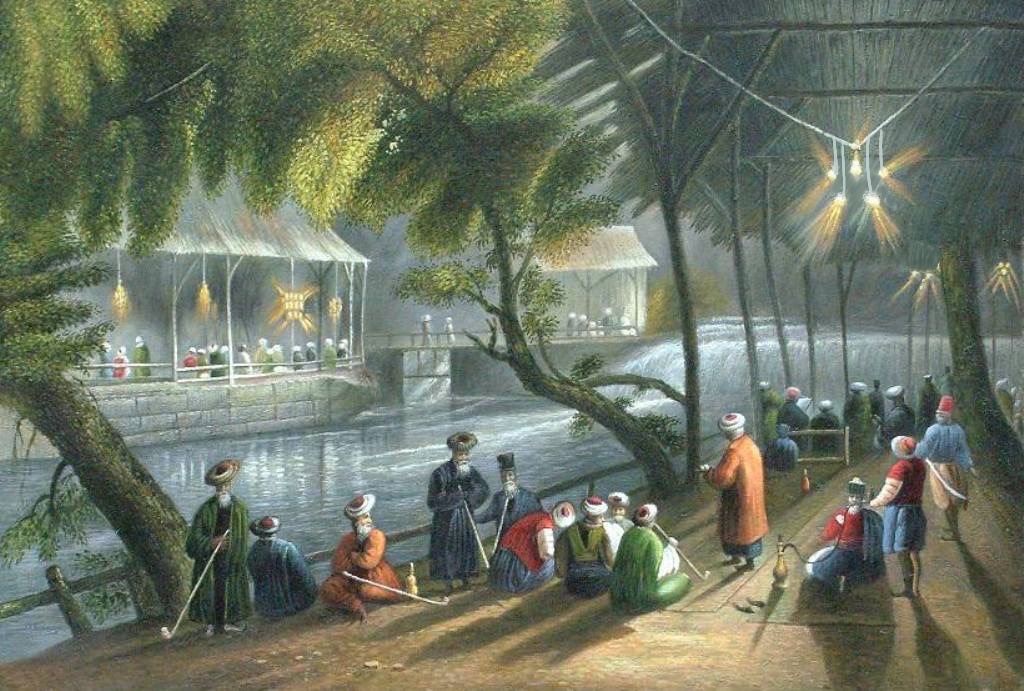 What Is Metaphysics? Ekrem Demirli

Intellect, Reason and Unity Of Being, S H Nasr

Insights Into The Nature Of (Being) And Existence, (Sh. Muhyiddin Ibn 'Arabi) W.C. Chittick

On the Supreme Principle, +That Metaphysics May Not Be Limited, R. Guénon

Not places to be conquered, but for hearts to open up in humility and wonder.

The Cosmos Is Expanding

Findings in astrophysics of the last century tell us without doubt that the cosmos or the universe is expanding. So apart from the force of gravity, there is a countering force, an outward push.

Also our galaxy is not the only one, there are other galaxies, far off. The number of those other, visible galaxies beyond our own is estimated to be about 200 billion.

If it is held that the universe is expanding, then it must have a beginning from where it started to expand, and it must have an end, even if it were endless (not infinite!).

Modern science did not expect the universe to have a beginning, as scientists followed their purely materialistic worldview, which postulates that there is only matter and energy to explain all that exists. So now modern science finally discovered that in the distant past matter and equally time[1] itself must have had a beginning. So whatever has a beginning cannot create anything, but is instead created.

If matter and time have a beginning and are themselves created ’entities’, then something must have created them and set them into ’motion’. This something we call God - Allah (may His Majesty be exalted).

[1] Both time and space are the result of the creative act that brings the cosmos into existence.
Prolegomena, Attas

YT: Stephen Meyer: God and the Origin of the Universe

No Determination or Limitation in It

[In the West and increasingly in the East - there is this incomplete] understanding of metaphysic* - because people linked it with specific and contingent points of view.  Metaphysic is not a branch of philosophy - and to treat it that way (as Aristotle did) implies a profound misunderstanding of its real scope and of its character of universality: the absolute Whole cannot form part of something nor can anything else whatsoever enfold or comprise the Universal. 138

(*because Being (ontology) is already a determination and every determination is a limitation.
Being is not really the most universal of all principles. 157)
(*The translator used metaphysic in the singular, as in French ‘la metaphysique’, or German ‘die Metaphysik’.)

Metaphysic must of necessity be self-sufficing, since it is the only kind of knowledge which is really direct, and it cannot be based on anything other than itself from the very fact that it consists of the knowledge of universal principles from which all else is derived, including the subject matter of the various sciences. 140

Metaphysical formal expression or exposition must always be formulated in such a way as to leave open possibilities of conception as limitless as the domain of metaphysic itself. 143

Pure metaphysic necessarily excludes all systematization, [quoting] Leibnitz: ’Every system is true in what it affirms and false in what it denies,’ - since a conception of this (systematic) kind leads inevitably to the negation of everything lying outside its scope. 148
…
The doctrine of non-dualism or non-duality. It has no equivalent in any European language.
Both terms of spirit and matter are considered simultaneously within the unity of a common but more universal principle - as complements, not opposition. 154

More on the expression of metaphysical doctrines:
Because of the absolute indetermination of the most universal principles (f ex the idea of the Infinite), one has better to resort to negative expressions (such as ’is not’).

It should never be forgotten that pure metaphysic is in itself absolutely independent of all the more or less imperfect terminologies in which we try to clothe it, in order to make it more accessible to human understanding. 158

Shorturl of this page: http://bit.ly/_mxn