Presentation of Some 30 Texts

A Question To Pose:
All human beings must seek answer to the following question, and they should do this in their best interest:

How do I find God?

Having answered it they must then set out to verify the truth of their answer by finding God in fact, not in theory.


1. Some Texts by Muhyiddin Ibn Arabi

A warning by Ibn ʿArabi against a 'do-it-yourself' approach to his thought:
“We are a group whose works are unlawful to peruse, since the Sufis, one and all, use terms in technical senses by which they intend other than what is customarily meant by their usage among scholars, and those who interpret them according to their usual significance commit unbelief.”

Al-Suyuti's attitude and what he reports from al-Munawi is echoed by Imam al-Safadi who said of Ibn 'Arabi:
"He was a very great man, and whatever can be understood from his words is excellent and upright; as for what we find difficult, we leave its matter to Allah, for we were not tasked with following him nor with doing all that he said." (In al-Suyuti, Tanbih al-Ghabi (p. 70). [link]

And as Imam Ibn al-ʿArabi also explicitly stated:
“It is unlawful to read [the Sufis'] books unless one attains to their level of character and learns the meaning of their work in conformity with their technical usages, neither of which is found except in someone who has worked assiduously, rolled up his sleeves, abandoned the wrong, tightened his belt, filled himself replete with the outward Islamic sciences, and purified himself from every low trait connected with this world and the next. It is just such a person who comprehends what is being said and is allowed to enter when he stands at the door.” RT1082

Impressions from the Meccan Openings

The Other Notes in This Series

The Veil of Otherness

Being, Names, and Nonexistence

In one respect, God - Allah is infinitely beyond understanding, and the only proper response to Him is silence. In another respect, He discloses Himself to His human forms, and He does so in two basic ways.
[ more ]

No one can have knowledge unless he knows things through his [its] own essence. Anyone who knows something through something added to his own essence is following the authority of that added thing in what it gives to him.
[ more ]

Ibn al-ʿArabī And the Unfolding of the Islamic Intellectual Tradition

‘Intellectual tradition’ is the branch of Islamic learning that puts its primary effort into actualizing the intellect ( ʿaql ), understood as a living awareness of the way things actually are. (As interpreted by W. C. Chittick)
[ more ]

From the Original Text
[In Islam] "philosophy” and "mysticism” are not mutually exclusive,… are not necessarily watertight categories to begin with… [Even if the] approach to things was "philosophical,” [there was among muslim scholars] little interest in the actual discipline of philosophy.
[ more ]

The need of the self for knowledge is greater than the constitution's need for the food that keeps it wholesome. Knowledge is of two sorts: The first knowledge is needed in the same way as food is needed. ...
[ more ]

Wahdat-ul wujūd is really ʿain al wujūd, and it is formalized in the first part of the shahādah, which states that in essence nothing really exists except the Real (Allah), because everything else has only a limited, defined, metaphorical, borrowed wujūd.
[ more ]

Shaykh Muhyi al-Din Ibn ʿArabi And The Diversity of Beliefs

No individual can escape having a belief (a personal, individual belief iʿtiqād) concerning his Lord. Through it he resorts to Him and seeks Him ...
[ more ]

The Self-Disclosure of God, Ibn ʿArabi

“There is no form in the cosmos - that does not glorify its Creator with a specific praise that He inspires within it...”
[ more ]

How God Brought The Cosmos Into Existence Disclosing Himself

From the Fusus Al-Hikam - Chapter of Adam

Allah (al-haqq) wanted to see the essences (al-aʿyan) of His most perfect Names (al-asmā al-husnā) whose number is infinite - and if you like you can equally well say: Allah wanted to see His own Essence (ʿayn) in one global object (kawn) which having been blessed with existence (al-wujūd) summarized the Divine Order (al-amr) so that there He could manifest His mystery (sirr) to Himself.
[ more ]

He - Most High - speaks, not after being previously silent nor following presumed tacitness, with a speech pre-eternal and beginningless like the rest of His Attributes, whether His knowledge, will, or power. He spoke to Musa - upon him peace. He named it [His speech] the divine Bestowal (al-tanzīl), the Book of Psalms (al-zabūr), the Torah, and the Evangel. [All this] without letters (hurūf), sounds (aswāt), tones (nagham), nor languages (lughāt). Rather, He is the Creator of sounds, letters, and languages. (From the Futuhat al-Makkiyya, trnsl. by by GF Haddad)
[ more ]

About being truthful in something, about the knower of Allah, the knower's declaration to his student, about asking for proofs for Allah's oneness.
[ more ]

Ibn ʿArabi on The Selves, The Horizons and The Cosmos

The cosmos, all of it, is a book inscribed (52:2), since it is an orderly arrangement, parts of which have been joined to other parts. Instant by instant in every state it gives birth.
[ more ]
(with topics from the introduction in SDG, by W C Chittick)

Ibn ʿArabi on The Validity (or Not) of Non-Islamic Religions

“The religious laws sharaʿi' are all lights, and the law of Muhammad ﷺ Allah bless him and give him peace) among these lights is as the sun's light among the light of the stars.”
[ more ]

Ibn ʿArabi Made The Acquaintance of A Saintly Man

At once Ibn ʿArabi -- whose veneration for Abu Madyan knew no bounds -- formed an aversion towards al-Tartusi, but the same night he saw ... (Quoted from his al-Futuhat al-Makkiyya)
[ more ]

From The JOURNEY TO THE LORD OF POWER

I shall first describe the nature of the journey to Him, then the procedure of arriving and standing before Him, and what He says to you as you sit on the carpet of His vision. Then the nature of the return from Him to the presence (hadra) of His actions ...
[ more ]

2. Some Shorter Quotes From Ibn Arabi

On The New Creation

Ibn ʿArabi's advice for the traveler

A Question To Pose

All human beings must seek answer to the following question, and they should do this in their best interest ...
[ more ]

3. Some Scholars on Ibn Arabi

His greatest and best-known is his last work, al-Futuhat al-Makkiyya ["The Meccan Openings"] which begins with a statement of doctrine about which al-Safadi said: "I saw that from beginning to end it consists in the doctrine of Abu al-Hasan al-Ash'ari without any difference whatsoever."
On his teachers, his rank of mujtahid mutlaq, adab towards the [Sufi] Shaykhs, ...
[ more ]

On Translating The Al-Futuhat al-Makkiya

Drawing from the most advanced philosophical and metaphysical thinking of his time and from his extensive knowledge of the religion of Islam, Ibn Arabi created an extraordinary mystical theosophy that essentially sprang from his own spiritual realization into the Divine unity of existence. ... Because of the subtlety of his language and complexity of his thought, access to Ibn Arabi has always been difficult and translation daunting.
[ more ]

On The term 'Unity of Existence' (wahdat al-wujūd) Symposium 2003

The term 'Unity of Existence' (wahdat al-wujūd) was a term more ascribed to Ibn Arabi rather than used by him directly. [The term he used was ʿayn al-wujūd, or the 'essence of existence', exactly what is evoked by the word: lā ilāha ill-Allāh, OKN]
[ more ]

The Term Oneness of Being Means
The Necessary Existence Of Allah, by Ustadha Umm Sahl

In order to understand this concept we will first have to look at how existence is defined by the Imams of tenets of faith (ʿaqida). In the Ahl al-Sunna schools of ʿaqida existence or being is divided into three categories.
[ more ]

Timelessness and Time, by Jane Carroll

At the intersection of the timelessness with time the past is not behind and the future not ahead, all exists in the moment. What happened to other people in another time and another place happens to us here and now.
[ more ]

Preliminary Work To Be Done By The Seeker

“Your first duty is to search for the knowledge which establishes your ablution and prayer, your fasting and reverence. You are not obliged to seek out more than this.
This is the first door of the journey; then work; then moral heedfulness; then asceticism; then trust.”
[ more ]

A: accomplishment of His purpose: Ibn ʿArabi believes that God's purpose is to have knowledge of Himself. He possesses this knowledge by knowing Himself through the medium of His creatures. By the very fact of being one of God's creatures, you help Him to fulfill His purpose.
[ more ]

Adam: “When Allah - glory be to Him! - willed that the source of His most Beautiful Names - which are beyond enumeration - be seen, He willed that they be seen in a microcosmic being which contained the entire matter, endowed with existence, and through which His secret was manifested to Him.”
- [archive.org]
also:
- [yumpu.com]

5. From The Teachings of Muhyiddīn Ibn ’Arabi

Exposition by W.C. Chittick - In Our Section /d

6. Some Shorter Texts Regarding Ibn Arabi

It would not be possible, in other words, to understand metaphysical thinking without grasping the nature and scope of revelation.”
[What Is Metaphysics? Pt.2 - Ekrem Demirli] 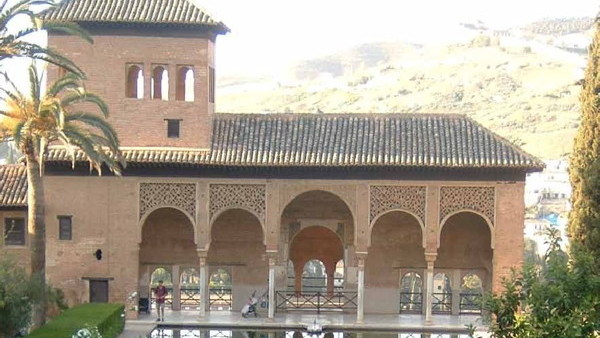