2022-09-23
With all this orchestrated hatred against Islam (The Islamophobia Industry: How the Right Manufactures Fear of Muslims ), it should not be forgotten, that the evil forces in this world have instigated many or at least facilitated many/ most terrorist attacks in the West (Examples: How the FBI Created a Terrorist + On The Alleged Plot to Kidnap Michigan Gov. Whitmer) and the East, starting with 9/11 2001 in New York.

As we have said many times (also on this page), the fact that there are deviating Muslims who in their dispair act against the law - the law of the land and the law of Islam/ Sharia - by illegal means, is no excuse to associate all Muslims to be responsible. No guilt by association!

Keep in perspective that 100,000s of innocent people (probably millions: Costs of the 20-year war on terror: $8 trillion and 900,000 deaths ) - mostly Muslims - have been killed and their lives destroyed by the arrogant and greedy superpowers, no.1 by the USA / Israel/ India (Impending Genocide ) / China/ Myanmar, and these campaigns are ongoing (with the surreptitious support of some techcompanies: Big Tech platforms fail to act on 89% of anti-Muslim hate speech ), until Allah (may His Majesty be exalted) will stop them.

Chapters on this page

Extremism and terrorism are not limited to non-state actors or groups which claim to adhere to Islam while trampling on the pure example of Prophet Muhammad ﷺ,

but unwittingly they are - most of the time - political weapons in the hands of the arrogant elites of various states and this is a very difficult situation.

Also right-wing, supremacist, nazi groups have emerged, while being emboldened by their leaders, in places such as the US, Russia, India, to mention a few. Then there is China, using their special brand of state extremism against minorities - such as the Uyghur Muslims, but not only against them - and in a grand industrial scale, erasing their religion, their culture, their dignity, but Allah will punish them, and the promise of Allah is true.

One such example here:

More: The Truth about Judaism and Zionism

1.2 For the countless crimes of the Zionists

against Palestinians - who are Muslims, Christians or otherwise, we refer to this link: Free Palestine! 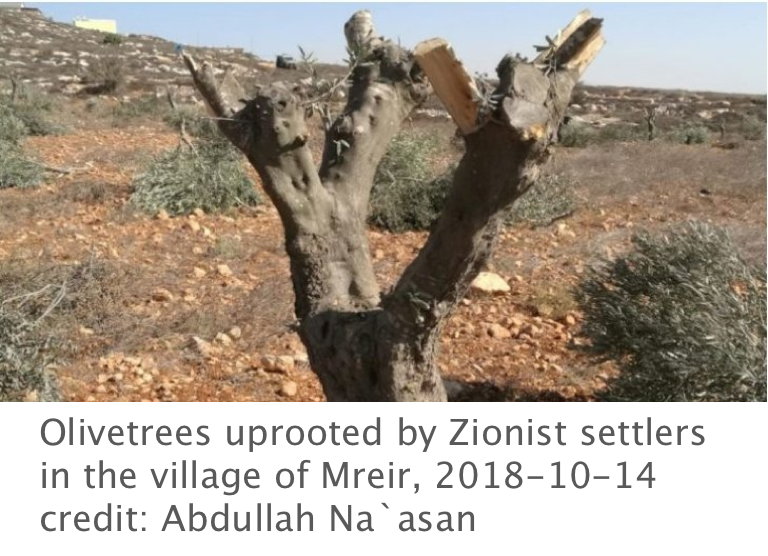 Thousands of olive trees owned by Palestinian farmers (often owned for generations) are being uprooted and destroyed by Zionist settlers at this moment and no European Union person has the guts to stand up against it.

While those Zionists don't believe in God (G-d), as they don't follow His distinct warnings to the Israelites (see OT), they still believe that God has given them the land! 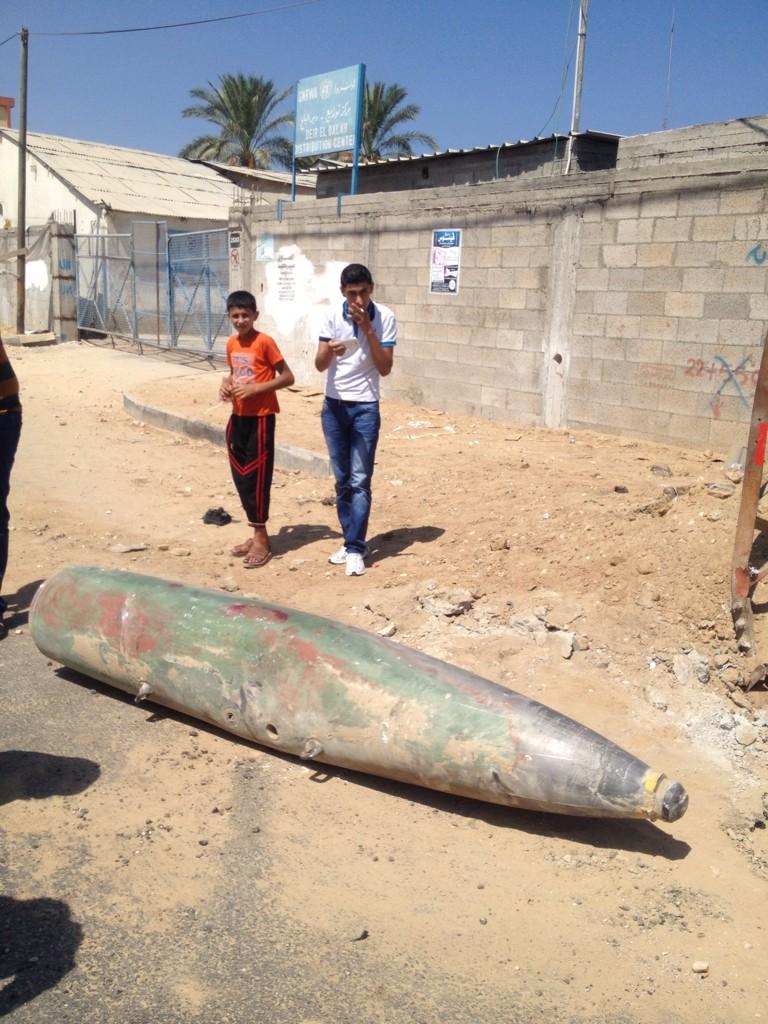 What kind of government sends this to their people? → To the Palestinian people whose land was stolen, whose harvests are destroyed, whose children (!) are in detention, whose houses are broken in by night, whose houses are being demolished, while the Israeli Army routinely kills unarmed people on purpose.…
This is what we call terror.


We condemn Israel for committing a flagrant act of terrorism. If Israel can murder a scientist in Iran, what is to stop it from murdering people it doesn't like in other countries, including in the United States?1

Former director of the CIA, John Brennan, put the reasons for our shocking ingratitude succinctly:

This was a criminal act & highly reckless [killing Iranian nuclear scientist in Iran]. It risks lethal retaliation & a new round of regional conflict.…Such an act of state-sponsored terrorism would be a flagrant violation of international law & encourage more governments to carry out lethal attacks against foreign officials. @JohnBrennan, Nov 27. 2020

□ comment: But then we know that international law is nothing to worry about for the settler occupier regime of Is€$rael and its supporters.

If this was the other way around this would have been on the front pages of major newspapers followed by international condemnation. @RaniaKhalek 20210211

Yes, apparently terrorism against Iranians is just accepted as business as usual. @beautype 20210211


□ comment: There are many more examples of Zionist international terrorism. A few below:

- Jewish -- Zionist Terrorism and the Establishment of Israel - Dtic (pdf)

- Terror attacks in Lebanon in 1980ies were Is€$rael organised and executed:
The remarkable disappearing act of Israel's car-bombing campaign in Lebanon or: What we (do not) talk about when we talk about 'terrorism'

2a. Extremism From Right-Wing Fascist Groups and Networks

As long as countries refuse to confront bigotry and right-wing extremism head-on, until this poisonous ideologies are not extricated from mainstream political thought, we can expect more [...] and more hatred.
Another essential read by @hahellyer.
Islamophobia and right-wing terrorism must be confronted head-on

[to be expanded… inshah Allah]

2b. Extremism and bigotry claiming Christianity

The Christian Right (esp. in the US) is not so much a religion than a dangerous sect, enabling authoritarianism.

”In Bible class at my evangelical high school, I was taught that pluralism is 'heresy' and must be rejected. This was a more formal way of conveying what I had already learned as a small child— that it was the task of all Christians to convert everyone to Christianity, and that the world would be a much better place if everyone were Christian.”

”For the Christian Right, religious freedom means their right to discriminate against people who don't share their beliefs.”

- The only way to save democracy from the Christian Right is by fighting for pluralism C Stroop, Feb 13, 2020

2c. Connection of Zionism and Hatred of Islam

Like it or not, Zionism is a major contributor to the mainstreaming of anti-Muslim beliefs and attitudes in Canada [□ comment: and other countries/ missing info forthcoming, inshah Allah]. Settler-colonialism thrives on the idea that Muslims are inferior and an existential threat, and that any violent or oppressive policy against them is justifiable.
Jun 8, 2021; Michael Bueckert @mbueckert

We have already written or presented many texts at this site on extremism claiming Islam. Those extremists are always going against the core tenets of this noble religion. Here follows an overview, inshah Allah.

Then there is the special case of those who claim to act in the name of Islam. Those people have turned away from the example of the noble messenger of Allah - the blessings and peace of Allah upon him.


We agree with Sh. Yasir Qadhi when he points out the following:


”We must be honest and admit that we do have a very small handful of people who feel such attacks are justified. We also have, like every group of people, those who are mentally disturbed and unstable and psychologically prone to violence. For both of these subsets, the cartoon controversy potentially acts as a catalyst - and the Nice attack is the result.”


Further: The idea of an (Islamic) nation-state is a modernist idea, not an Islamic concept. The only valid Islamic state “is essentially a universal state, a state without borders.”

The Muslims do live of course in de-facto nation-states, but they should not accept in principle the division of the world into nations and states.

If people are concerned so much with (Islamic) nation-states then they will politically compromise because “their main concern would be more the preservation of the integrity of the borders (of any land area) rather than the integrity of Islam,” - may Allah forbid!

more:
- The Clarification of Extremism

- The Illusions Of Fundamentalism

Muslim Leaders Have Roundly Denounced Islamic State, But Conservative Media Won't Tell You That
Al-Azhar: Islamic State Is Corrupt And "A Danger To Islam."
Lebanese paper The Daily Star reported that Al-Azhar's Grand Mufti Shawqi Allam, Egypt's highest religious authority, denounced the Islamic State as a threat to Islam and said that the group both violates Sharia law and humanitarian law: "(They) give an opportunity for those who seek to harm us, to destroy us and interfere in our affairs with the (pretext of a) call to fight terrorism." (The Daily Star, 8/13/14)

Sh. Fadel Soliman exposes the ‘ISIS’ delusion, showing what real Jihad is about. Towards the end he presents examples of ”Daesh’s selective fiqh,” selective meaning here false legal understanding which goes against fundamental tenets of Islam.


This list is nor exhaustive, the is more at our site Livingislam.org

- Open Letter To Al-Baghdādī - Response To Daesh (Not ”IS”)

- Saving Islam from the Deceit and Depravity of the Islamic State, Sh. M Al-Yaqoubi

- This is Not the Path to Paradise! Response to Daesh, Bin Bayyah

- Why An Islamic State Is Not Feasible Today, OKN

- Using Non-Violence In Issues Pertaining To The Muslims, OKN

This is a general warning to every eager (often young) person who wants ”to set things right” in his own fantastic way - whatever profession, or affiliation, religious, political or otherwise. They have very little concern for the wellbeing of those affected by their violent actions, and no knowledge of the consequences for themselves and for society.

In the Muslim Ummah (community) there are cases of extremism and terrorism, people who have lost their (divine) guidance, are guided by their egos - and worse - are devoid of traditional Islamic teachings, or in denial of those teachings, pretending they know even better than the holy Prophet himself - the blessings and peace of Allah upon him - may Allah protect the Muslim Ummah from them.


They are those who twist Quran and hadith and accuse every other Muslim, who does not follow their bigoted, anti-traditional interpretations, as an apostate (takfīr ).


Further:
It is not the Islamic Way to establish an Islamic khalifat & laws without consultation of the Muslim Ummah and it is against the intention and the practice of the Holy Prophet ﷺ  and every Islamic tradition to build a state through coercion, spying, intimidation and murder of Muslims and Non-Muslims.

This is Not the Path to Paradise! Response to Daesh (not: ”IS/ ISIS”) by Sh Abdallah bin Bayyah

3.6 Anger Is Not the Prophetic Way

The foremost example of merciful magnanimity is by no one so fully manifested as by the Prophet ﷺ himself.

01. It is forbidden in Islam to issue fatwas without all the necessary learning requirements.

02. It is forbidden in Islam to issue legal rulings about anything without mastery of the Arabic language.

03. It is forbidden in Islam to oversimplify Shari’ah matters and ignore established Islamic sciences.

…
See the rest of this list: Open Letter To Al-Baghdādī

4. The Extreme Policies of Spreading Fear and Hatred Claiming Democracy, Secularism and Freedom of Speech.

This Spreading Fear and Hatred is targeting the Muslim community right now, but it will spread to most of society. The case of France, Macron in 2020.

Interview Sh. Yasir Qadhi with @_MarwanMuhammad (Youtube) about life for Muslims under ’laicité’… , 2020-10-29

This is not about loving your homeland, which is natural and good.
It is when the own nation is elevated to some kind of idol, when you are told to give your life for the nation, when the enemy has to be constructed. This has happened several times in the past and people will easily fall for it, when they are blinded by hypocritical, evil leaders.

The elimination of the Uyghur muslim nation and community.
Something which the 'People's' Communist Party of China will never be forgiven for!