LivBlog posts about the life of this world (dunyā).

LivBlog posts about the life of this world (dunyā).
[See below: posts, categories and tags]

The Ethnic Cleansing of East Jerusalem 2020

Since Trump's visit to Jerusalem in 2020 and his encouragement of the apartheid occupier Israel things have turned from bad to worse, f ex in East Jerusalem. 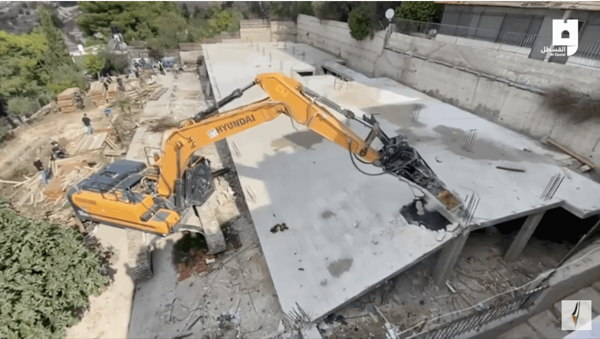 House demolitions every day - there is a concerted effort to evict as many Palestinians from East-Jerusalem as possible.

This is nothing less than ethnic cleansing of (East-) Jerusalem. 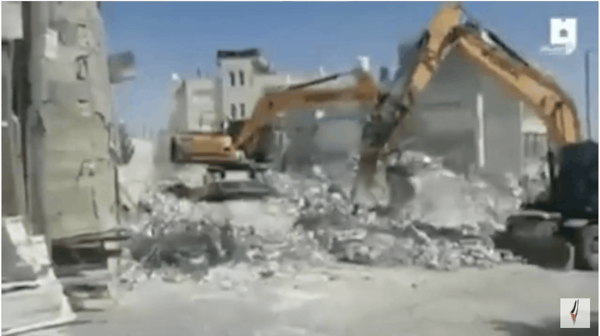 According to statistics from B'TSelem, by 2020-11-03 for 2020
340 Palestinians in Jerusalem were made homeless, incl. about 180 children. This doesn't make any headlines in the "undivided capital of Jerusalem”1

The Zionist actors claim that Palestinians built their houses without a 'permit.'

This is just another sign of their inhumane treatment of the other and as such violates the Balfour declaration2 for the installment of a 'Jewish' state in Palestine. This inhumane policy has its roots in Jewish exceptionalism3 and chosen-ness.4

First of all many are old buildings where people have lived long before the initiators of Zionism were born, so of course they have no 'permit'.

Secondly, in 99% of cases Palestinians don't have a permit, because they wont get a permit, how much they may try. The 'Jewish state' does not give building permits to Palestinians, guess why!

When the whole world is deaf and silent then the world will see big problems.

Also massive destruction of Beduin homes in the Negev region recently (80 persons made homeless in one go).

…and the whole world is ignoring it, esp. those in responsible positions, in the EU to start with! 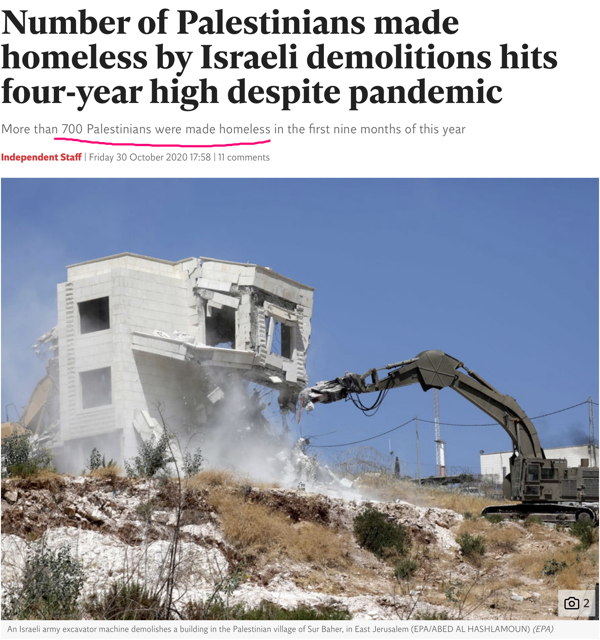 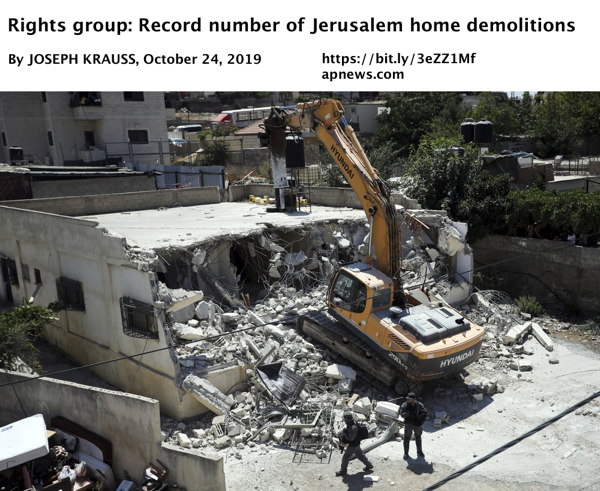 [2]
The Balfour declaration, which was a bad document (bad for one part of humanity and good - in the short run - for another part of humanity) and lead to so much injustice and suffering had from the start this clause:

Civil and religious rights: today we would call this human rights. Now compare this with what is happening on the ground in Palestine and Israel! ↩

[3]
Jews (i.e. Jews for Zionism) must emancipate themselves from their chosen-ness, that racially oriented sense of privilege and exceptionalism. ↩

[4]
from which Jews everywhere should free themselves. It is a misunderstanding of their own scripture… Prophet Jesus - the blessings and peace of Allah upon him - scolded the Jews for it: check The Bible, New Testament; the Quran.

The meaning of chosen-ness is that Allah - God ushers spiritual powers (barakat ), blessings on those who follow His commands, not on people who have a lineage in some cultural expression or religious group. ↩

1. Misrepresenting Islam 01
2. Conspiracies and False Flag Attacks
3. Belief Is Not Forced
4. The Ethnic Cleansing of East Jerusalem 2020
5. Times of Lahabism-(Islamophobia)
6. On Macron’s War on ’Islamic Separatism’

The Cruelty of the Supermenschen
Gender dysphoria – affirm or suicide?
Malik and al-Shafiʿi’s Understanding of Tawhid
Unity - Al-Tawhid, R Guénon
Progressing toward Tawhid - Unity, Bulent Rauf
Intended Suffering - Targeted Cruelty
Muslims Living In Non-Muslim Lands
Vertical Integration of Muslim agency
Push Back With What Is Better
Commendation Re: Scholarly Reasoning ijtihād
The Inadequacy of Reason
From Anti-Tradition to Counter-Tradition
The Illusion of the ’Ordinary Life’
The anti-Muslim hate in India is getting unbearable
Advice for Memorizing the Quran
Examples from the Quran and the Sunna
The Meaning of dīn in Islam