Regarding the Campaign Against a World Religion: Islam

{…Be staunch in justice…}

We live in very strange times with a lot of suffering.
Instead of asking "Where is God?" the question should be: "Where are the people, those who would alleviate the suffering and injustices of the millions?"

When those who complain about Islam - while pretending to care about ’Western culture’ - claim that “there is a structural problem with this religion that is preventing its followers from assimilating properly into Western culture,”

Never before have various epidemics of sin been so pervasive as today.
Think about those many harmful features and damaging developments in Western (and increasingly Eastern) society and culture, which drag people lower every moment, without any effective effort to stem the tide from those in power or anyone. These are the mechanisms of counter-tradition, against which there can be only One Who can help.

Is this not occasion enough to review what ’Western values’ are and to discard what is vile and reprehensible? And as those ’Western values’ once upon a time grew out of the Christian tradition, maybe one will be surprised to see what Islam has to offer.

Yes - there are those, who use the symbols of Islam and claim adherence to it, however trample on its most essential teachings. They are deluded people, and also very ignorant of the religion and as early as the Prophet of Islam ( sallAllahu `aleihi wa sallam ) has warned us against them!

We have already written extensively about this phenomenon:
Clarification Extremism

The worst injustice, and the one most worthy of Muslim outrage, is that committed by Muslims in Islam's name, because that is more deprecating to God and God's religion than any supposed heresy or legal infraction.
The-Worst-Injustice-K-A-El-Fadl

On the ’War on Terror’

And the Increase of Right-Wing Nationalism and Islamhatred

In the last couple of years the war on terror has morphed into increased and hardened oppression against Muslims in China (Uyghurs), India, Palestine/ Israel a.o.

Also this policy has enflamed the hatred of some against Islam and Muslims in the West, which recently piked in the terror attacks against innocent worshippers, such as in the New Zealand mosque shooting in 2019 by a right-wing white supremacist misguided person. ”Islamophobia” has increased in general often coupled with an increase in right-wing, nationalistic tendencies together with the emergence new political parties.

Then there is what is called the Islamophobia industry broadly supported by the Israel government[fn1] and their stooges in order to boost Zionist Apartheid policies and to deflect from their occupation of Palestine.

Terrorist movements - such as Daesh - do call themselves Islamic and use Islam’s sacred symbols, but they are wolves in sheep skins. The extremists play their part in the increasing antagonism against Islam and the deteriorating situation for Muslims in China, India and elsewhere. At the same time are their crimes used as a justification to bend the rule of law and infringe on human rights.

The ’war on terror’ is but a war on Islam and every truth-loving person - the aim is to enforce the superpowers' global hegemony on the back of the poor and disenfranchised - against most of us. In order to split the people a wave of demonizing Islam has been unleashed from certain quarters of the West and the East - especially since 9/11.

This terrorism lie and its devastating wars have now spread globally, with all kinds of repressive policies enacted by emerging proto-fascist dictatorships. In their delirium success is sought by clamping down on their Muslim populations: China, Israel, India, Pakistan, Iraq, Somalia, Yemen,Syria, Saud-, Egypt, UAE, Myanmar…

It is a campaign staged by the self-loving, warmongering Dajjali (Antichrist) elites, in order to distract from more life-changing issues which mankind has to face: The loss of the sacred, corruption in high places, deconstruction of the family, poverty of the underprivileged masses, depletion of the environment.

In parallel measures are taken to step-by-step curb democratic and social rights and surreptitiously establish a kleptocratic police & surveillance state.

The aim is to restructure societies so that there will more spending on military warfare and less expenditure for welfare, on health and social security. That way economic and social rights are threatened, even the right to healthy food and water, while swelling the profits of the few! 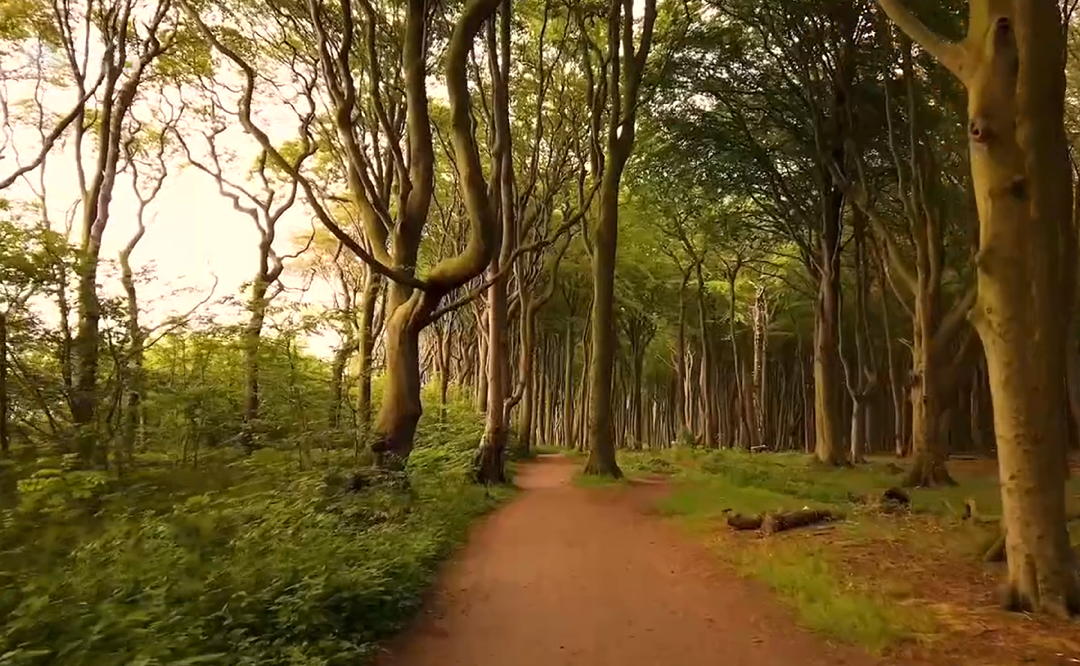 This is their dream of a new world order, in which justice for all is ridiculed, the poor are trampled upon, the middle classes reduced, and where the superrich erect their tyrannical regimes. However sooner or later, those new Pharaohs (Firaun) will be humiliated!

NB1: The killing of innocents (non-combatants) is terrorism, no matter if by states or non-state perpetrators, no matter the justification. The bombings of civilians (in Muslim countries and elsewhere) are war crimes, there is no justification.

NB2: Suicide-bombings have never been and will never be part of Islam!

Islam has clear rules for every life situation, so wars are only fought for defence and the reckless targeting of civilians is clearly forbidden, as is mistreating, or even torturing prisoners.   Islam is the way to safeguard human dignity and well-being in this life and the next. It is the means to guide man & woman to reach God-consciousness, as exemplified by the Holy Prophet ﷺ.
This website is intended to bear witness to the beauty and reality of the Islamic tradition, now and until the Coming of Al-Mahdi (peace and blessings be upon him).
﻿ Don’t believe the lies of those who hate Islam, inform yourself, ask Muslims or even better Muslim scholars!

Islam is peace and truth, the rule of law, justice and light!
Islam is also mercy, goodness and wisdom!
Islam is honor and the right to self-defence!

Patterns of Deception Common in the War on Terror: Mumbai 2008, India

These days we rush from one media story to another, trying to keep up with the latest terrorist attack. Yesterday Paris; today London; tomorrow, who knows? These attacks are tragic enough when they are acts of violence by religious extremists who have outsmarted our police and intelligence agencies. But, of course, many of them are actually violent acts facilitated by our police and intelligence agencies, directly or indirectly.

The tragedy in such cases lies not only in the immediate human suffering but in the way our civil society and elected representatives are betrayed, intimidated, disciplined and stripped of their power by our own security agencies.

The War on Terror, which goes by different names in different countries but continues as a global framework for violent conflict, thrives on this fraud.

From the War on Terror to the Covid Scare

{And say: Truth hath come and falsehood hath vanished away. Lo! falsehood is ever bound to vanish.}
17-81

Covenants of Prophet Muhammad with Christians of the World;
The Architecture of Terror: Mapping the Network Behind 9/11

People Have Been Deceived …

2. The so-called war on terror has by now become an increasingly accepted discourse legitimising enmity against Islam and Muslims, and clearly against all forces of good and right.

People are often deceived into deriding Islam, the religion of God and scapegoating the Muslims. Different, often sinister tactics are used to sow hatred and distrust in the community of humankind. Yesterday the Christians, then the Jews, today the Muslims, tomorrow everyone else.

This fear-mongering and disseminating of big lies against Islam and Muslims is a satanic policy aimed at distracting from real problems such as:

- the loss of the sacred (when nothing is sacred, everything can be monetized and abused),
- the greediness of the 1% in face of world poverty and scarcity,
- the devastation of the earth's spiritual and physical habitat, including the destruction of traditional cultures and their heritage.
- the danger which the apartheid occupier entity ’Israel’ constitutes to upholding international rule of law in general and to Muslims, even to Christians and to Jews in particular.
﻿
These are some of the signs of the last times and we have been warned - not least by the holy Prophet - the blessings and peace of Allah upon him!
﻿
Allah (may His Majesty be exalted) says:

{Did not the Messengers come to you from among your people, reciting to you the Verses of your Lord, and warning you of the Meeting of this Day of yours?}
39-71

At the Gazan Fence,

the military of the apartheid occupier entity is shooting every friday some of the protesters to death, maiming others for life!

The smiling faces of Palestinian children at Gaza beach today.

What kind of people are they? How can anyone shoot unarmed youngsters, medical personnel, photographers, journalists?

How can any decent politician support a country which shoots protesters every week, who protest for better lives?
Who lock up children for months?
Who break into people's houses by night, causing havoc?
Who is setting fire to 100s if not 1000s of olive trees, destroying people's harvest?

Where are the European a.o. 'defenders' of human rights?

Israelis, Jews, Zionists: repent of your crimes commited and still perpetuated every day!
English Texts > _Zionism
Some of Those 100s of Children Arrested by Israel Occupier Army

Shorturl of this page: http://bit.ly/_prebl

Germany: an Induring Enemy of the Palestinian Struggle
Mossad Ran 9/11 Arab "Hijacker" Terrorist Operation
Palestine Is Not A Quagmire
The World of Toxic Positivity & Islamic Contemplation
Repent From Your Sleep Of Heedlessness.
Aspects of US-Imperialism
Not Reaching Home From the Grocery - Israel Shooting Children
The Utoya Massacre and the Islamophobia Networks
The Principle Of Separation At The Heart Of The Jewish Religion
The remarkable disappearing act of Israel's car-bombing campaign in Lebanon